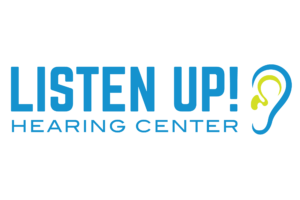 Dr. Mark J. Syms, M.D., is a national leader in hearing technology and one of the first physicians in the country to be board certified in neurotology. He specializes in otology/neurotology and leads Arizona Hearing Center, an organization dedicated to treating hearing loss. He describes himself as the “E” of “ENT”. With more than two decades of experience treating ear problems, he helps tens of thousands of people improve their quality of life. Dr. Syms is “The Hearing Loss Fix this textPhysician”. Dr. Syms lectures frequently on neurotology locally, nationally, and internationally, is an extensively published author, and is a member of numerous professional, health care and education organizations where he has held leadership positions. Dr. Syms is frequently asked by other physicians to consult on complex hearing cases.

Remove and Center “My Family Story VideDr. Syms was born and raised in Philadelphia. He lives in Arizona with his wife, Maria, and their three children, Matthew, Meredith and Marinna. In his free time, he enjoys movies, hiking, skiing, and spending time with his family and their standard poodle, Maizie. Dr. Syms graduated with honors from Boston College with degrees in biology and philosophy. He earned his medical degree from Jefferson Medical College and completed his ENT residency training at Tripler Regional Medical Center in Honolulu, Hawaii, where he treated and saved the lives of many of our heroic veterans. He did his fellowship training at the House Ear Clinic in Los Angeles, one of the world’s premier surgery organizations. 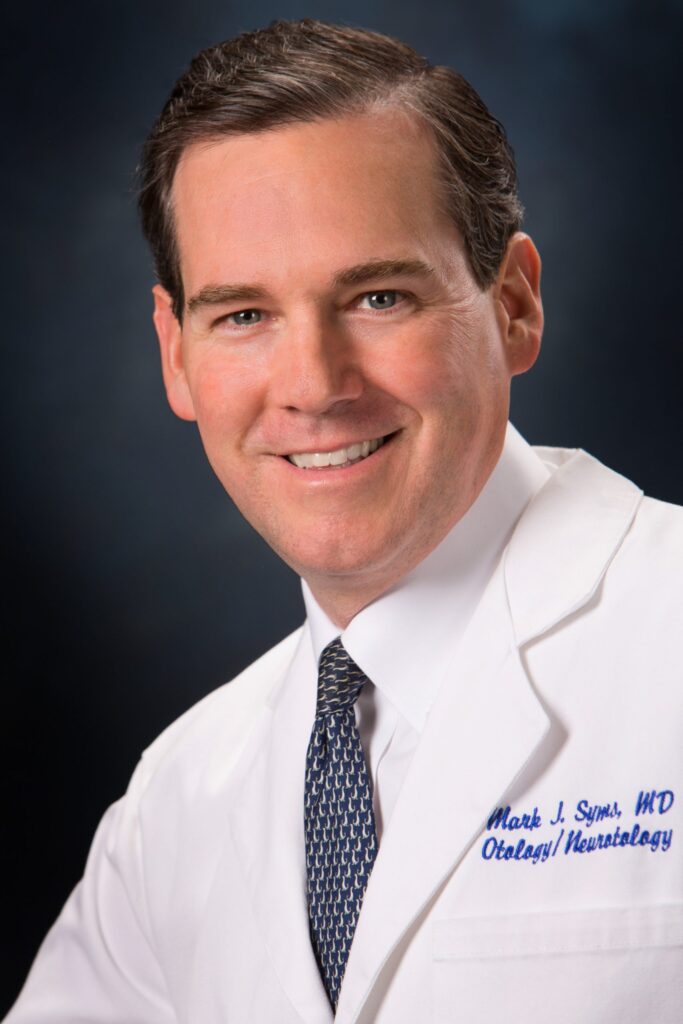 Why I Wrote This Book:
My Family Story

A Message from Dr. Syms
The Hearing Loss Physician Thank you for taking the time to learn more about hearing loss. You are one step closer to effectively treating your hearing loss and improving your quality of life!

As a hearing loss physician with more than thirty years experience treating tens of thousands of patients, I know firsthand that better hearing means a better life. I also know how time consuming, frustrating and overwhelming it can be to find the right way to treat your hearing loss. Many patients lose hope after seeking treatment, only to find their hearing is no better off and in some instances, worse.

In this book, I show you the right way to go about effectively treating your hearing loss so you can end the struggle. Too often, patients get a “quick fix” that over-promises and under-delivers. More than one in four patients with hearing aids, for example, don’t use them. Here, I show you why that is and how we can do better.

You will discover exactly which questions to ask your providers so you can make an informed decision about choosing the right treatment option for you. My goal is for you to solve your hearing loss once and for all so you can remain independent, enjoy socializing, and connect better with family and friends — that is the fulfilling life you deserve.

So Listen Up! and let’s get started on your road to better hearing and a better life! Warm regards,

Healthy robust hearing is about music.   It’s about laughter.  It’s about stories.  It’s about conversation.  It’s about friends, family, and relationships.  It’s about your ability to think, remember, and understand.  It is, in short, about the very things that make life worth living.  And that, more than anything, is why treating hearing loss early and effectively really matters. 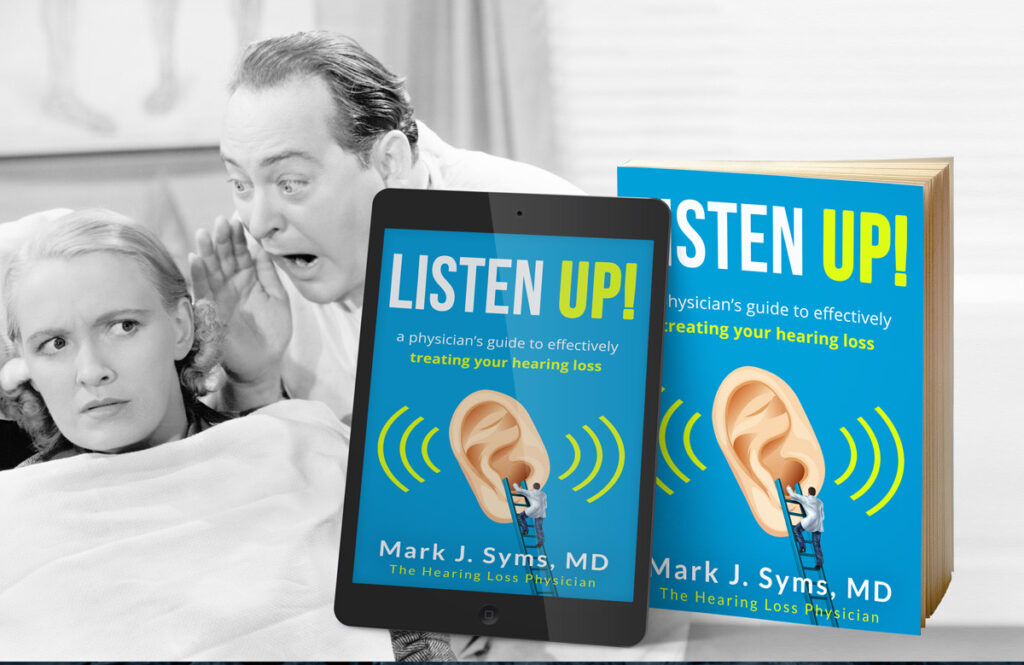 Cindy is extremely close to her daughters. She’s devoted to their happiness and wants nothing but the best for them. A single mom, she even recently moved to a different state to be close to them and her grandchildren. Cindy spends her time and talents renovating and decorating her daughters’ homes and shuttling her grandchildren to their various activities.Positive and outgoing, her beautiful smile lights up the room at any gathering. But she also suffers from progressive hearing loss. Cindy knows it, and others notice that she becomes quiet in large social gatherings. Like many things in her life, though, she sees her hearing loss as her burden to bear alone. Cindy thinks it only impacts her, so she doesn’t feel the need for a hearing test. She’d rather just cope, as she has with so many other challenges, because she thinks she’s doing just fine without hearing aids.

Her well-intentioned and self-sacrificing course of action fails to recognize how hearing loss impacts those around her. Cindy often asks her daughters multiple times to repeat directions to the grandchildren’s school. Often when Cindy offers to do the grocery shopping, she misses a few things the kids asked her to pick up. Though her daughters are inconvenienced by these lapses, they’re more concerned about Cindy’s well being. They want her to enjoy a full and beautiful life that matches her beautiful smile.

What We Get Wrong About Hearing Loss

There are many myths and misconceptions about hearing loss. Often, they’re perpetuated by those who experience hearing loss as well as by those living with them.

“It Only Affects Me”

The most common myth I hear from my patients is that their hearing loss only affects them. Trying to put an end to any conversation about treatment, they’ll say, “I’m doing just fine.” (Based on my conversations with general physicians,I’d say they hear that excuse even more than I do. When you’ve already been referred to an ear specialist like me, after all, it’s harder to feign ignorance.) The patient places the burden of hearing loss squarely on their own shoulders, assuming that leaves them free to solve the problem as they see fit. “If hearing loss only hurts me,” the reasoning goes,“then it’s up to me to decide if and when I want to treat it.” The problem here? This just isn’t true. It might be your hearing that’s failing, but your hearing loss affects everyone around you. For example, it’s common for people with minor to moderate hearing loss to rely on their spouse to interact with the rest of the world. Suppose, then, that I have hearing loss. If my wife needs to order meals at a restaurant for me, that’s a qualitative change in her life. She doesn’t have hearing loss, but she is absolutely affected by mine. Getting treated for hearing loss, then, is also about everyone who cares for and interacts with me as well.

Another myth I hear from my patients is similar to this: “My hearing is better than so-and-so’s. They don’t have hearing aids, so I’m fine.” As with the last myth, this simply isn’t true, and it’s definitely not helpful. True, the effects of hearing loss are social, but the condition isn’t measured by how well those around you can hear. The only meaningful way to measure it is by comparing what you can hear to what you should be able to hear. As mentioned before, there are ways to scientifically detect hearing loss well before communication problems arise. A patient simply is not the best judge of their own hearing ability.

What Readers Are Saying About Listen Up! and Dr. Mark J. Syms

“I am honored to have known Dr. Syms for over 30 years. HIs identity comes across loud and clear in this highly accessible book. He is sincerely devoted to the welfare of his patients, the same way he was in the early days of our medical career. I was happy to read a book written by a friend and colleague, designed to help patients and their families navigate the sometime tricky adventure of accessing healthcare. I wish my father had been provided with this sort of bridging information so that his hearing aids would not have sat in a drawer for 15 years.”

“This is one of the most informative books on hearing loss and guidance for the patient journey that I have read. Dr. Syms is candid about the importance of treating hearing loss and provides information in an informative and unbiased way. Whether you are making your foray into treating your hearing loss, are an existing hearing aid wearer who wants better results or a loved one looking for solutions for friends and family, this book is for you. It is informational, witty, entertaining and full of valuable research-based information. It is refreshing to see a physician who is not only an incredible surgeon, but also so passionate about helping patients with every aspect of their hearing health that he took the time to write this book.”

“In his typical honest straight forward approach, Dr. Mark Syms, provides the reasons why more people who are in need of hearing aids either don’t get them or once they get them don’t use them. By focusing on helping the patient address their hearing loss and not on simply providing them a device such a hearing aid or cochlear implant, he provides a patient focused stepwise plan to improving hearing. He reminds us of the underappreciated concurrent risks for dementia, anxiety and social withdrawal/depression. Dr. Syms presents us with a welcome approach that is often missing for those seeking help for their hearing difficulties. “ 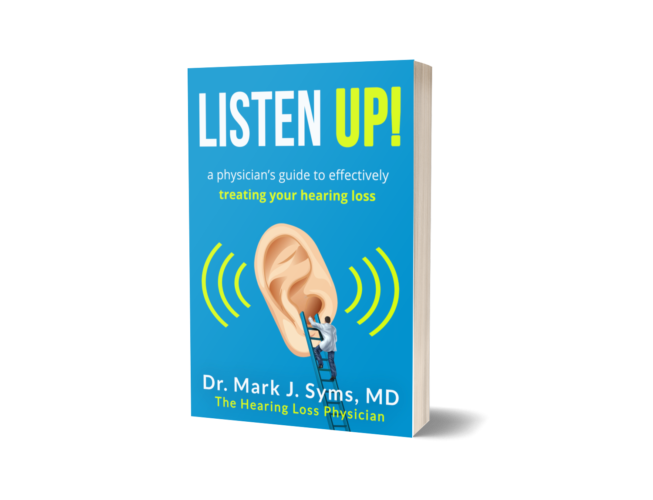 “Good hearing is priceless & can even deter dementia.  Dr. Syms is THE best guide to best hearing care.  Dr. Syms, “the Hearing Loss Physician,” does a powerful service to our world with this highly readable, short and practical guide.  LISTEN UP! empowers readers to take clear action, dramatically improving their quality of life by specifically guiding us to the best care for hearing loss.  Dr. Syms covers the full range of root causes of hearing issues while addressing all the major inhibitors that get in the way of the “80% of Americans who could benefit from hearing aids but don’t wear them.” From human inability to self diagnose hearing loss, to the economic factors that drive us to buy hearing aids “that end up sitting in the dresser drawer,” LISTEN UP! guides the reader on a prescriptive but compassionate journey to better hearing and a better life.

“What? After this book, my mom is going for a long overdue hearing work up!  I bought this for advice on hearing for my aging and increasingly frustrating parents.  My mom now has an appointment for her long denied hearing loss and after reading Dr. Syms’ book I feel prepeared to accompny her and get the best outcome.  Thank you, Dr. Syms!  What??”

Dr. Mark J. Syms, MD, the hearing loss physician and author of Listen Up! A Physician’s Guide to Effectively Treating Your Hearing Loss is an experienced public speaker who has given lectures on hearing loss all over the world and has authored articles in numerous medical publications. Syms is available to discuss tips for maximizing hearing aids to improve your life. 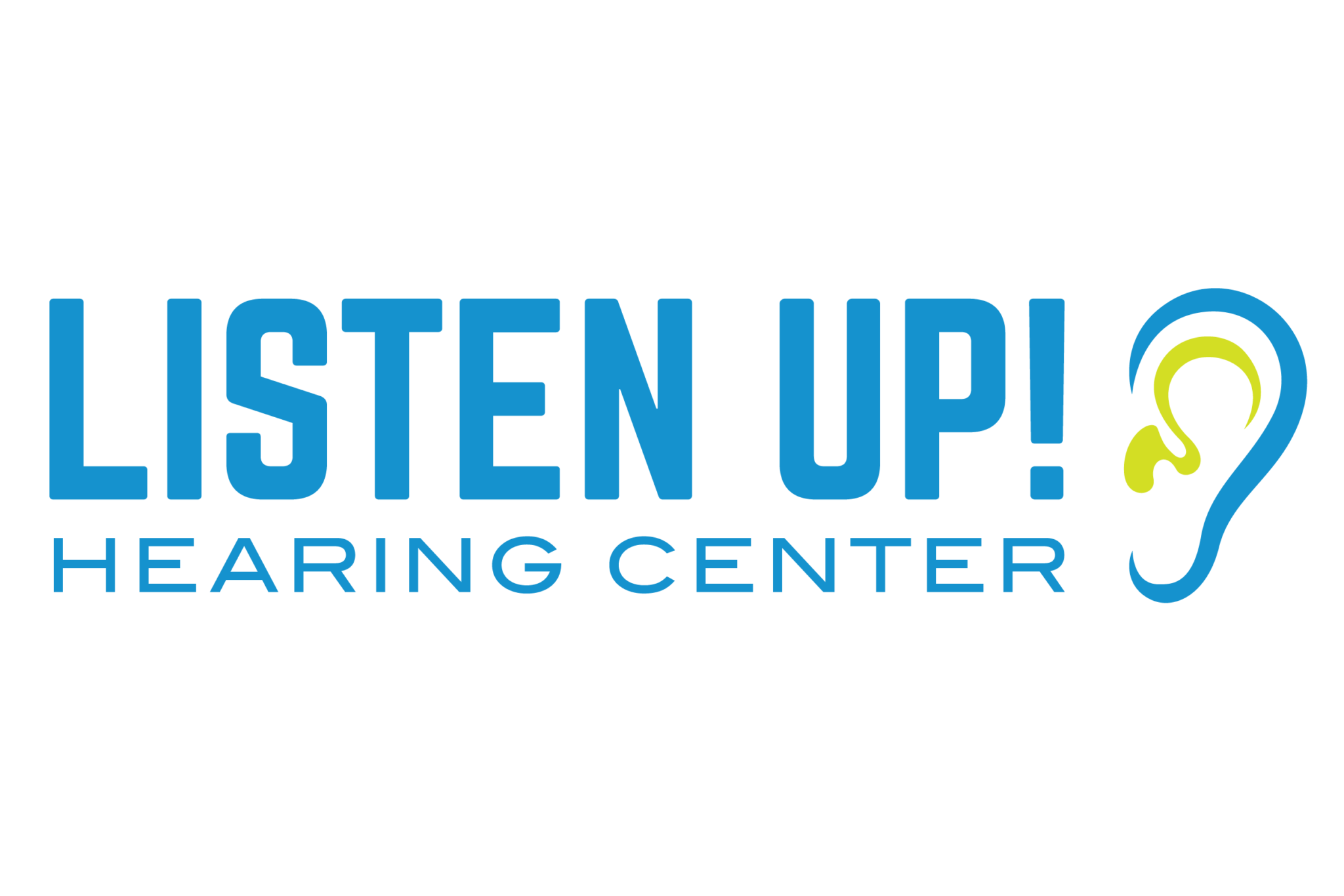 Get your FREE BOOK today!

LISTEN UP! A PHYSICIAN'S GUIDE TO EFFECTIVELY TREATING YOUR HEARING LOSS

How treating hearing loss & tinnitus can change your life, maintain your independence, and reduce your risk of hearing loss.